My journey with Huntington’s Disease began at a very young age (albeit there was no actual diagnosis at this time). My Grandad was known in the family as ‘the one who jigged & couldn’t sit still’ we had no idea he was suffering from HD, the doctors originally thought he had late-onset Parkinson’s but he was diagnosed with HD in 2010 & later passed in 2012. At this stage I was only in my late teens and didn’t really understand the seriousness of the condition, it was then in 2014 that my Dad’s colleagues had noticed his behaviour change at work, and they asked him to be tested for HD.. unfortunately my Dad had inherited the faulty gene and was already displaying symptoms of this untreatable disease. 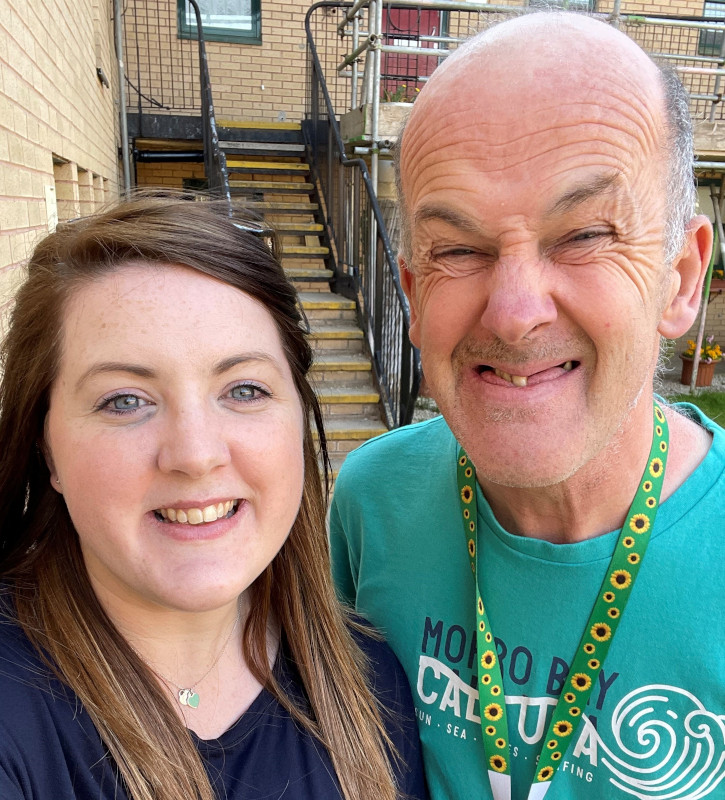 Shortly after he could no longer work, he had to give up driving when he was refused petrol at a petrol station because they thought he was drunk - he wasn’t - it was his symptoms getting worse. Living in a remote area in Cornwall in a caravan was proving difficult to keep his independence. We decided in 2015 that Dad should join myself & my brother in Wiltshire. I managed to sort his housing out and he moved in to warden-controlled sheltered accommodation in the summer of 2015.

Once I was spending more time with my Dad it made me understand the seriousness of this condition and made me come to terms with the fact that I had a 50/50 chance of inheriting this disease from him, so in September 2015 I booked an appointment to see my GP to be referred for genetic testing. I underwent “genetic counselling” to make sure I could deal with the potential diagnosis and then in April 2016 I went to the hospital for my neurological test and blood test. The next two weeks were the longest of my life! On results day I went back up to the hospital with my Mum where I was told that I had NOT inherited the faulty gene from my Dad. My Mum cried relief, I just sat smiling. I was so relieved I hadn’t inherited this disease, but that doesn’t mean I don’t have to deal with it.

Im the closest family member to my Dad, so I have taken on the role as carer and power of attorney, it’s stressful and puts a lot of pressure on me and my relationships. I go through times of struggle, where I feel like it’s almost a depression.. I don’t want to do anything, see anyone, talk to anyone.. it’s so difficult to explain to people how it effects me. I’ve lost friendships due to this illness because people just don’t understand that I withdraw sometimes because there’s so much to deal with emotionally, I’ve been called a stranger by some of my closest friends. That wasn’t intentional, it’s because I’m trying to live my life as well as organise things for Dad and I find it extremely difficult to talk about my feelings so a lot of people probably don’t realise it affects me in this way. I was 23 when I started helping Dad, I’m now 30 and I am the only family member who cares for him, I don’t see it as a chore at all - I just want to help him as best I can! I’ll never stop looking out for him and doing what I can.