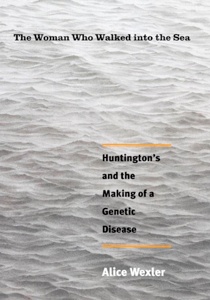 This title presents a groundbreaking medical and social history of a devastating hereditary neurological disorder once demonized as ‘the witchcraft disease’. When Phebe Hedges, a woman in East Hampton, New York, walked into the sea in 1806, she made visible the historical experience of a family affected by the dreaded disorder of movement, mind and mood her neighbours called St. Vitus' dance. Doctors later spoke of Huntington’s chorea, and today it is known as Huntington’s disease. This book is the first history of Huntington’s in America. Starting with the life of Phebe Hedges, Alice Wexler uses Huntington’s as a lens to explore the changing meanings of heredity, disability, stigma, and medical knowledge among ordinary people as well as scientists and physicians. She addresses these themes through three overlapping stories: the lives of a nineteenth-century family once said to ‘belong to the disease’; the emergence of Huntington’s chorea as a clinical entity; and the early-twentieth-century transformation of this disorder into a cautionary eugenics tale. In our own era of expanding genetic technologies, this history offers insights into the social contexts of medical and scientific knowledge, as well as the legacy of eugenics in shaping both the knowledge and the lived experience of this disease.

Buy the book on Amazon…