We quietly celebrated HDYO’s 3rd Birthday on Feb 7th this year and it’s safe to say HDYO has been successful and, most importantly, beneficial for young people impacted by HD worldwide. We’ve come a long way in a short amount of time. But I want to bring some attention on to the volunteers who make up what we call Team HDYO, because in all seriousness what HDYO does would not be possible without the work of these wonderful volunteers.

In three years HDYO has become a well-respected organization and resource for young people and families impacted by HD globally. We receive around 50,000 individual views on our site each month, the educational content has been shared thousands of times and we are seeing young people and families contacting us with increased regularity from all over the world. For example, we have received 73 messages from young people, families and professionals from over 20 different countries since the start of 2015 (as I write this it’s Feb 19th) – those stats speak for themselves in the HD community. HDYO has become a support service and an educational resource for many people globally, but what many people don’t know is that it’s all happened because of a wonderful team of volunteers.

I thought I’d take the time to highlight team HDYO and give them some recognition for the wonderful impact they have made. When we launched HDYO we had a team of 10-15 young people from many countries who were all helping to get HDYO set up and ready. Three years on and the volunteer team now stands at around 175 individuals who all play a role in helping HDYO do what we do. I’ll start with translators, one of our biggest volunteer groups, we have a team of 70+ translation volunteers, mostly young people impacted by HD, who give their free time to translate all HDYO’s content so that it can be accessed in various languages. HDYO is currently available in 10 languages (!), which is incredible, and it’s all down to the work of the translators. It takes so much time and effort to launch HDYO in a language, there is so much content to translate. We have a target for launching, we aim to have a certain amount of content available before a language is allowed to launch because we want to ensure that if people visit they have enough content to find it useful. The translation work involved to get to launch level is absolutely massive, no words I use will really portray enough how big a job it is to put HDYO in another language. But the translators did it, in fact they did it 9 times! They keep on translating after launch too, because there is always more content to translate and we’re always adding new stuff to the website. So the translation work never stops. How important is this? Well, it’s incredibly important because we aim to reach young people and families globally and you can’t do that in one language, you need to be multi-lingual. All the languages we’ve launched in have been a success, each receiving around 20,000-30,000 page views a month! Over half our users visit HDYO in other languages (aside from English). The translators are the reason a young person in Germany, or Sweden, or Brazil, Peru, Chile, and most places in Europe can log on to our site and learn about HD, but most importantly that young person can also contact HDYO and seek help. Without the language resources we wouldn’t be able to support young people globally. Whenever a young person contacts us in any language, we have translators on hand ready to confidentially translate the message so that we can communicate with the young person effectively. It’s hugely significant and we see the benefits every single day when those messages come through. 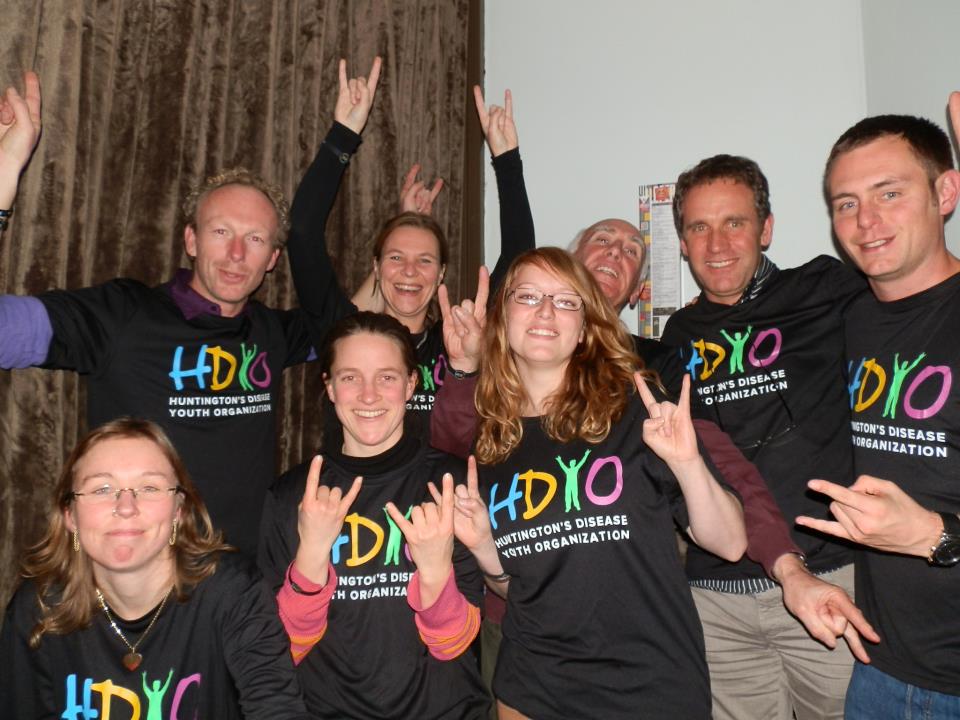 We also have a forum support team, a small team of two at the moment who have been trained to reply to young people on the forum and essentially monitor the forum to ensure it is used appropriately. These young volunteers ensure that every young person who posts on HDYO’s forum gets a response, it’s really important to get this level of response back when you’ve taken the brave step of sharing your experience of HD.

One of our biggest growing groups of volunteers is the reps team. The HDYO reps represent HDYO in their local region through spreading awareness of HDYO as a resource for young people and families. The reps are also about tackling social stigma in their region through what we call positive engagement. They essentially make people aware of HD, but in a positive way. We launched the reps project in November 2013 and we have now done a total of three training sessions in Europe, North America and Australia. The reps now account for around 50 of our volunteer team and are spread out globally. The reps are providing a global reach at a local community level that HDYO could not achieve on its own. 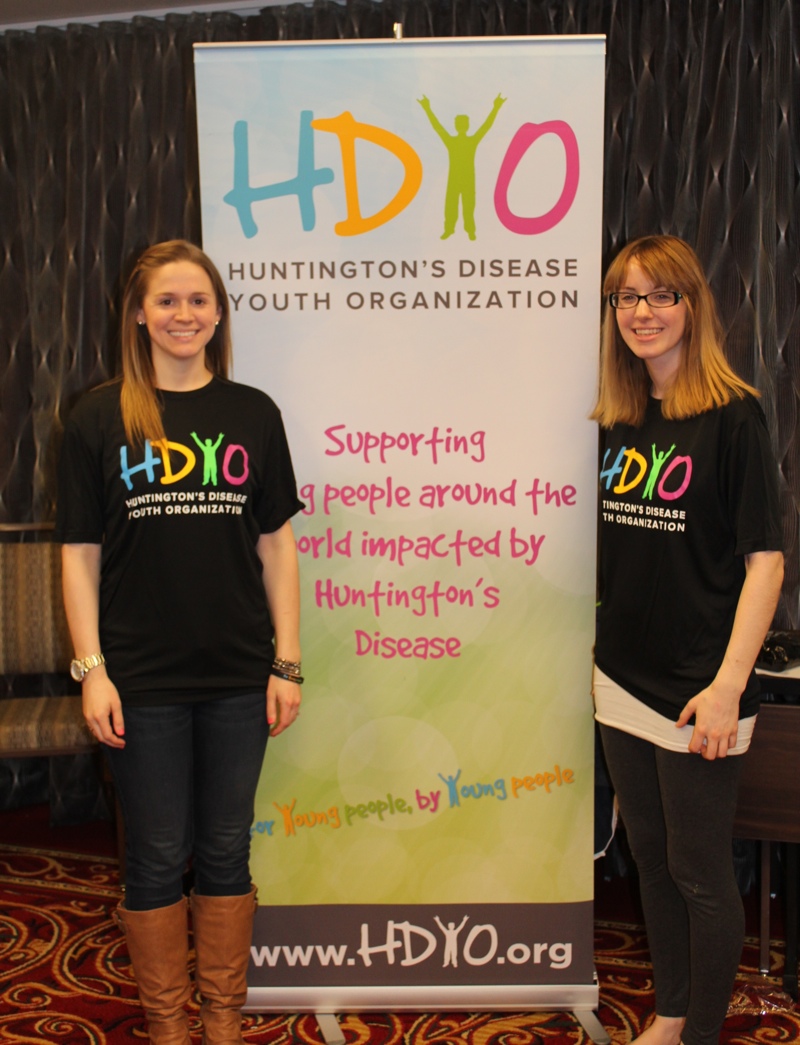 Our newest volunteer team are the HDYO news team which we launched in January this year. News is an area we’ve always wanted to improve ourselves in because we felt that HDYO could offer a lot of insightful news stories from the HD community and from within HDYO. So we recruited young people in HD families to join the news team, we trained them and then set them up to go to work. Each member of the news team works in a different area of news, some focus on fundraising, while others look at research, personal stories etc. This team is just shy of 10 young people and will likely expand in the coming months. Now, thanks to the efforts of these young people, HDYO provides a monthly news update on all things HD for the HD community. A very useful resource but just a part of what we do.

Finally, we have young people involved in the running of the organization at board level as well, with our exec roles (the chair, vice chair, treasurer and secretary) all young people from HD families. With a special mention to BJ and Cat, as chair and vice-chair, who have been involved with HDYO for pretty much as long as I have and have been key to HDYO being where we are now. Young people are literally involved in every aspect of HDYO and that is something we’re certainly proud of.

I hope I have explained sufficiently why this huge team of volunteers are so important and vital to HDYO. They are HDYO. It amazes me to see this organization develop and watch the young people become involved in something that, by doing so gives themselves some positivity, but also makes such a difference for other young people too. These volunteers are incredible and it is truly an honour for me to just be a part of that team. If you’re a young person and want to get involved with HDYO, do get in touch, we don’t create roles for the sake of it, but we always take an interest in what young people want to help with and usually, a time will come when we are in a position to accept that help. 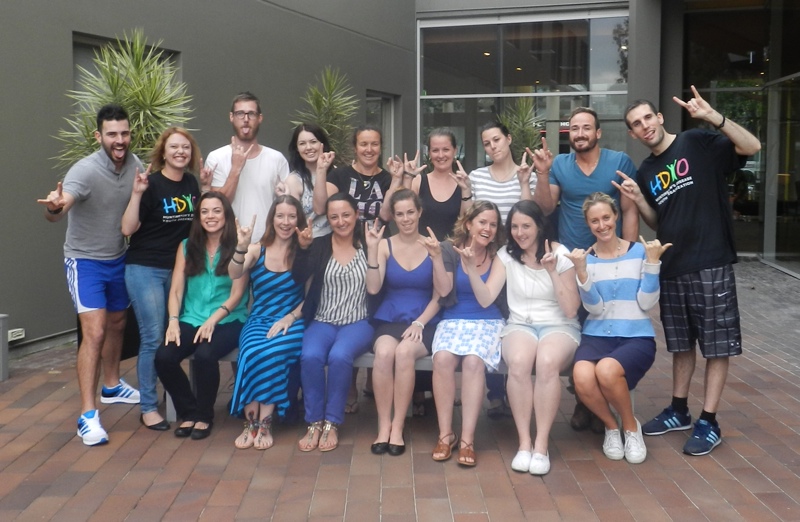 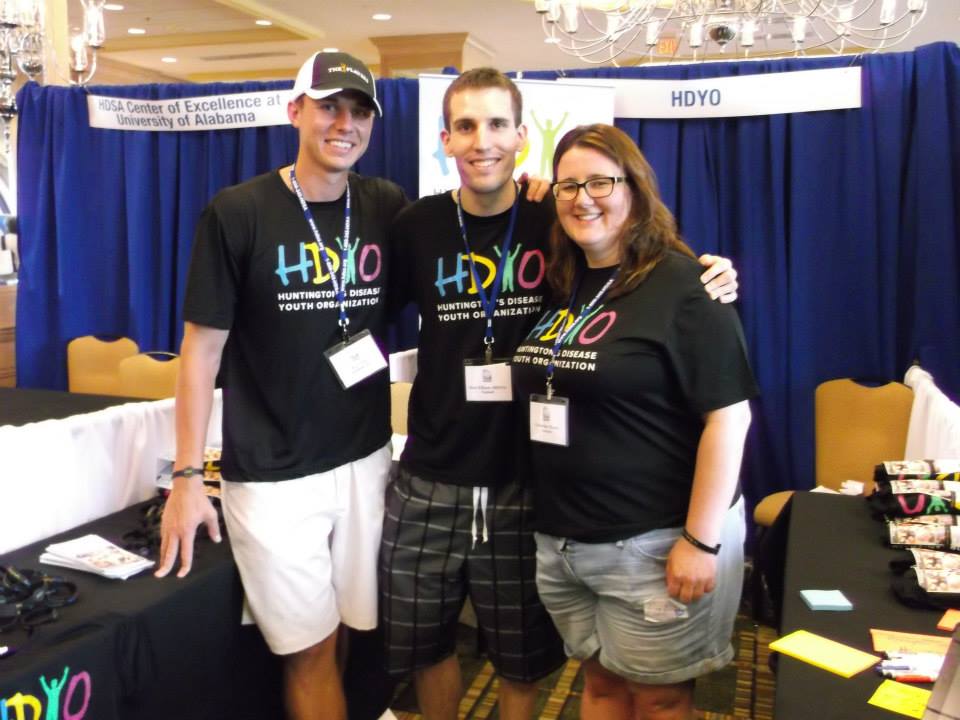