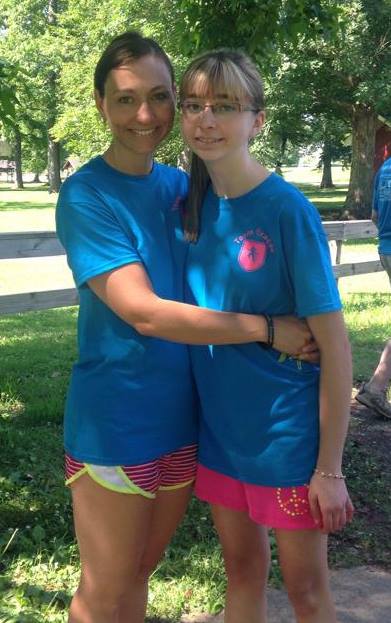 On December 29th, 1998, Gracee Faith Young was brought into this world. She was a beautiful and happy baby who brought extraordinary amounts of joy into the lives of the people around her. Her teachers praised her self-confidence and marvelous social skills since she was a little girl. She was delightful and full of fun.

Around first grade, Gracee’s mother, Rachel Brown, started to notice subtle changes in her daughter. Rachel explains “She wasn’t as outgoing, the way she walked seemed different, and she began having terrible temper tantrums.” A few years before these occurrences, Rachel learned that Gracee’s father had the genetic mutation for Huntington’s Disease, along with Gracee’s grandfather and uncle. This new knowledge of HD in their family along with the “quirky” changes in Gracee’s behavior led to several years of doctors, tests, and misdiagnosis to find the answers that their family needed. In August 2012, they received the results. Gracee did have Huntington’s and was suffering from the juvenile form.

Even though Gracee has HD, her family has remained positive about the situation. Gracee is currently 16 years old, and doing a lot better than she should be doing according to her mother, Rachel. Their family has also set out to help advocate for JHD, and raise any money they can towards the cause. On Saturday June 14th, 2014, they held a fundraiser called “Gracee’s Message of Hope” at Winfield Park, AL. It was a successful 5K run. They had about 40 participants, and raised a generous total of $1,250. This total was matched by Modern Woodmen for an overall total of $2,500. Rachel Brown has also run in four other half-marathons while sporting an HDYO shirt in three of them.

The story of Gracee’s journey is one to help inspire those who are going through the same situation. Due to the success of Gracee’s race last year, their family has decided to have another race this summer. They’ve decided to have the race in June again, and are expecting a bigger turn out because of the course, atmosphere, awards, and most of all, Gracee!