In the Hot Seat this month is HDYO Dutch translation coordinator, Lucres!

Role at HDYO: Coordinator of the Dutch Translation Team

Guest: A dear friend of mine, who is affected by HD, once asked me to translate a scientific article about the neuropsychiatric effects of HD, because I am a researcher in the field of psychiatry myself. I did, and I liked the work a lot. Apparently, I did not do such a bad job either, as he later asked me to join the translation team of HDYO. Of course, I immediately said yes, because I really liked the initiative and I find it really important for young people to get reliable information about HD. Moreover, I also started a translator for HD Buzz around the same time.

2) Let’s pretend you were president of the entire world for a day, what would you do?

Guest: President of the World, no less! As I am doing this interview the week after the terrible events in paris with IS, the first thing that comes to mind is: I would do all my best to stop people killing each other in the name of ‚religion’ .

3) If you were to compete in the Olympic, what event would it be a why?

Guest: Hahaha, no way that would ever happen, I hate sports!

4) Where did you grow up? tell us something interesting about the place.

Guest: I grew up in a little village in the middle of The Netherlands. I’m afraid there is absolutely nothing interesting to tell you about that place, it is generally known as ‚The Green Grave’…need I say more?

5) What is your favorite music?

Guest: I like a lot, mostly current pop music like Daft Punk, Radiohead, that kind of stuff.

6) What is your connection to Huntington’s disease?

Guest: I’m not from a HD family myself, but my best friend’s husband is affected by HD.

7) What came first chicken or egg?

8) George Huntington - the lucky man - had a disease named after him, what would you like named after you and why?

Guest: Tough one, I don’t know, hopefully not some horrible disease. You may name an animal after me, a little piggy or something would be nice…;-)

9) What movies/series make you laugh the most?

Guest: I like the darker kind of humor, like the Coen brother’s films: Fargo would be a favorite, both the film and the series.

10) Tell us what you do as a volunteer for HDYO?

Guest: I am the coordinator of the Dutch translation team. We have a great team of enthusiastic people that are really good translators as well. We have a smoothly working system of translating and then checking each others work, and it is my duty to coordinate this and and take care that our translators get some nice articles to work on.

11) If you could invent one thing what would it be and why?

Guest: A cure for HD of course!

12) Have you heard of the the news about the gene silencing trial https://en.hdbuzz.net/204. And what do you think about a potential way to help huntington’s diseases patient’s?

Guest: It is really exciting news! Being a researcher myself, I do know what a huge step it is to get some new therapy to the stage of a clinical trial. But I also now how difficult these trials are to perform and that we are only just starting phase 1 trials. First results do suggest that the drug is safe, that is a very promising first step, but there is still a long way to go before the drug will be approved for clinical use in HD patients. I do hope that day will come!

13) What is your favorite childhood memory?

Guest: Just relaxing with my husband and my 10-year-old son.

15) What’s your message to young people impacted by huntington’s disease?

Guest: Talk! Talk with people about HD, not only to get the most recent and reliable information, but also to get support from family and friends. If I have learned one thing from my work for HDYO, it’s that talking and supporting each other is so important. And if you have nobody to talk to in your environment, talk to HDYO. They are here to help. 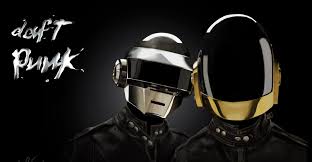