In February 2012, the Huntington’s Disease Youth Organization (‘HD-YO’) was founded with the aim of supporting and educating young people impacted by Huntington’s disease (HD) around the world. HDYO was created to fill a massive gap in the HD community with regards to youth support, which was recognised by many young people as a serious issue. It is fair to say that since launching in early 2012 HDYO has been an astounding success, providing a valuable tool to empower young people through knowledge and understanding, and making a real difference for many youth searching for answers and support. 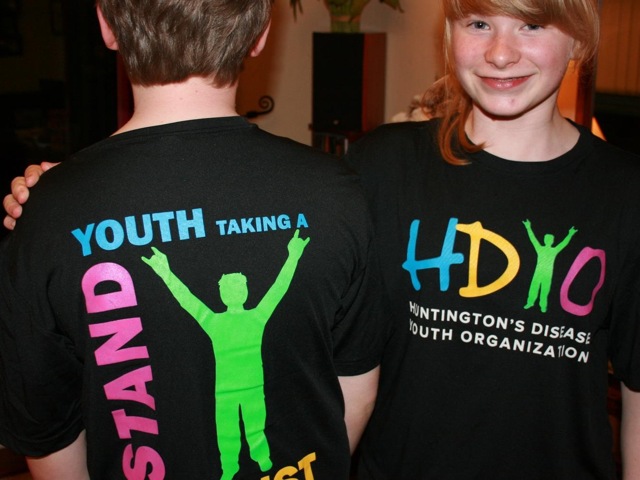 HDYO’s website (www.hdyo.org) is split into 6 sections (kids, teens, young adults, parents, professionals and JHD) and contains a vast amount of educational information about HD created specifically for young people, which makes learning about HD interesting, understandable and relevant for young people. The success of the HDYO website is staggering, with the site being viewed over 200,000 times and HDYO’s educational sections being shared over 1,300 times (as of Nov 2012). But the website provides more than simply education… support is available too for young people and can be accessed by emailing HDYO directly, going on the HDYO forum and talking to other young people impacted by HD from around the world, or via our ‘ask a question’ section – which allows young people to send in their questions about HD and receive factually correct and supportive answers from HDYO’s team of HD professionals. Young people have long had a lack of access to appropriate support and education, but with HDYO’s emergence on to the scene there is now a place that young people can truly call their own – a place where young people are supported. 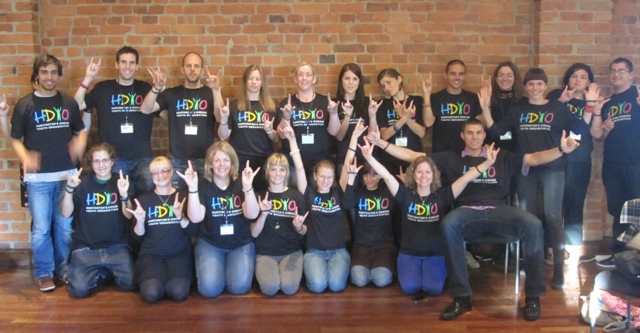 What makes HDYO even more impressive is its structure… it is run by young people for young people. HDYO’s team consists of over 75 individuals from around the world who all volunteer their time and skills to help. This large HDYO team continues to grow quickly, as does the organization itself. Team HDYO consists of young people working together doing many roles. Some members manage the running of the organization, while others translate HDYO’s content so that it is available for young people everywhere to read, no matter what language they use. Currently HDYO’s website is available in 3 languages (English, German and Spanish), with several other languages such as Portuguese, Swedish, Polish, Italian, Dutch and Norwegian set to be launched in coming months. HDYO has an amazing team of empowered young people who share a keen desire to improve the support available for other young people just like them.

HDYO’s success has led to huge backing and support from HD Associations around the globe, with over 10 HD Associations now providing official support and financial contributions to HDYO. These contributions allow the HDYO team to look ahead to 2013 and beyond, and assess how to provide even more support in the future as HDYO wants to reach out to as many young people as possible who are impacted by HD around the world.

To summarize, HDYO has had a wonderful 2012 arriving on to the HD scene and receiving instant success and approval from all corners of the HD community. From its interactions with young people around the globe it is clear that HDYO has become a vital resource of information and support for young people impacted by HD, and with the support of many associations and organizations it is hoped that HDYO will continue to grow, expand and provide excellent support to young people for many years to come.