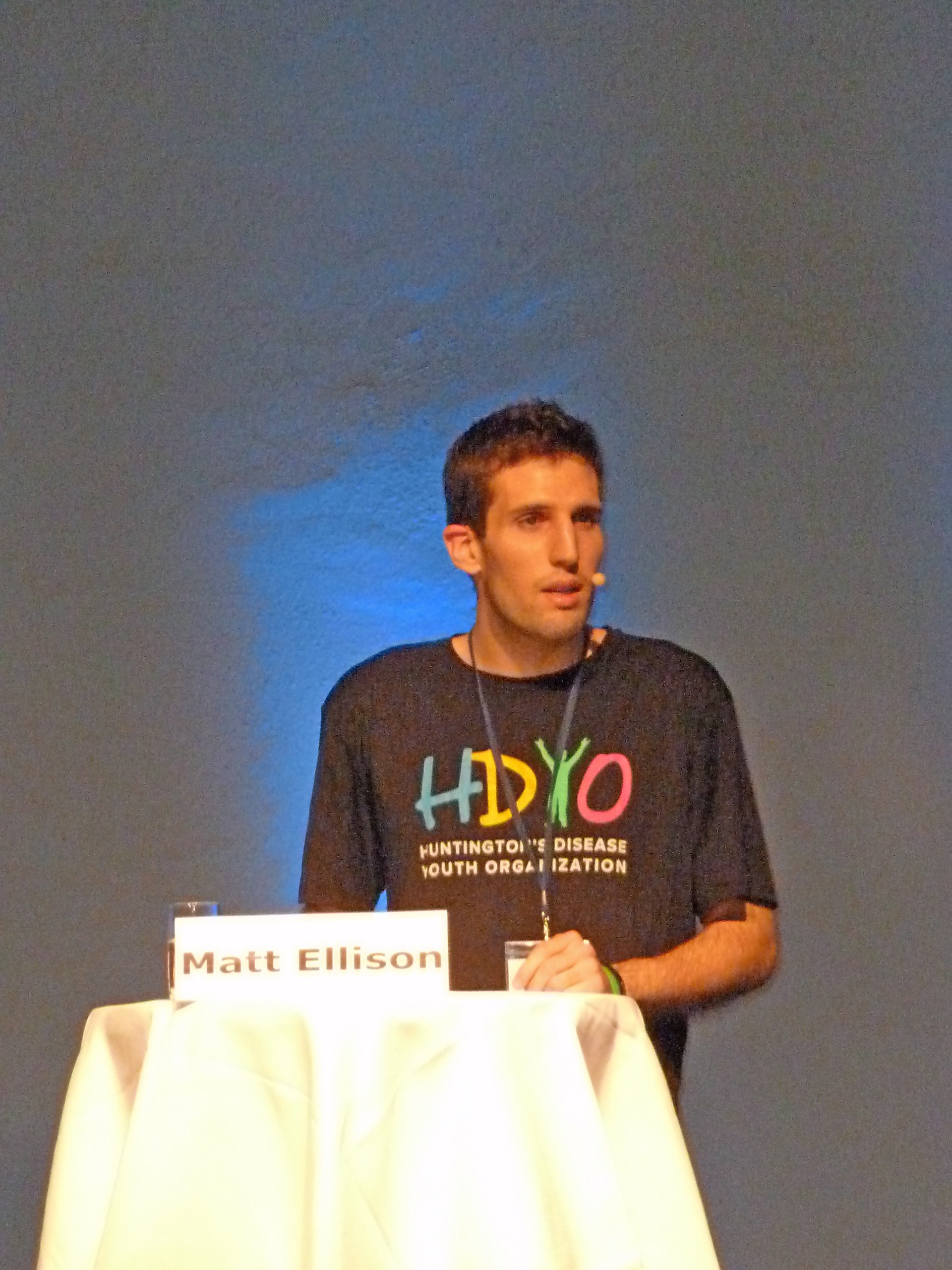 Huntington’s disease is an illness which alters the lives of each and every person with which it comes into contact. Some become defeated, some become strong. Matthew Ellison has chosen to gain strength. Though pain seemed to be inevitable as a result of his childhood, Ellison seemingly defied all odds. As founder of the Huntington’s Disease Youth Organization, Matt has effectively used his past as a means to improve the futures of youth around the world. Using his trials as driving forces, Matt overcame a childhood which lacked support in order to provide such aid to youth like himself around the world. Ellison’s commitment and dedication has allowed for him to create a positive outlet for HD youth, and his story has allowed for a beautiful journey.

Though Matt grew up surrounded by the effects of HD, he sought to be driven by the pain which he experienced. When asked about his balance of home and social life as a youth, Matt says that, “I lost my social life for a few years when I was looking after my dad, but I wouldn’t change that decision.” In caring for his father, Matt had little to turn to as a means of support, and this lack gave him purpose. Ellison overcame a broken childhood in order to fulfil a passion derived from the emotional hurt; that passion is HDYO. As he writes to me in order to facilitate our interview, Matt is in Australia, administering to youth with a past like his. This is his common thread. Matt’s past, present, and future life allow him to connect with young individuals, and, in turn, those individuals connect with one another. “My theory is that these young people don’t even need to know the HD situation of each other, at least not straight away, but they all know they are impacted by HD and that is enough to connect them in a way where they feel comfortable talking to each other and having a great time together,” he says.

In his work with the Huntington’s Disease Youth Organization, Matt has worked to utilize the strengths of the HD community, a group filled with, as he says “real togetherness.” This bond has allowed Matt to actively change the lives of youth struggling with the repercussions of Huntington’s. Ellison does so with great humility; however, stating, “It means everything to me to know that what I founded has been such a great resource for other young people. I often get praise from people about HDYO but I never like to accept it because I always feel that is the start of a short road to becoming arrogant and egotistical - two traits which I very much dislike.”

Not only does Ellison’s humble disposition make him relatable to youth, but his immense sense of experience. Like many youth living in families with HD, Matt faced the difficulties of each stage of Huntington’s, including his own personal decision to

accept genetic testing. After learning that he, like his father, had inherited the gene, Matt did not dwell on the negativity, but rather, worked to lead the most meaningful life possible, reflecting, “I enjoy my life as much as I can. I won’t say that I make the most of each day, I’m not sure that’s possible, but I try to stay focused on how short life can be and ensure I enjoy what I have.” Though he, personally, sought to learn the biology of

his future, Matt is understanding of those who may choose not to, saying, “taking time to accept is really important in my opinion. You have to reflect on life and what you want to do. I never regret being tested but I also understand why people wouldn’t want to.” Ellison’s deep understanding for the varied feelings of HD youth is impeccable, and this allows him to connect with young people on a valuable personal level. The organization founder truly believes in the connections which HDYO seeks to build. “Meeting and speaking to other young people is such a great way to cope and feel less isolated,” he writes. Ellison’s ability to relate to youth is what makes him such a phenomenal advocate for the HDYO community.

Matthew Ellison is undoubtedly one of the most influential figures within the HD world, and he is determined to make a difference in the lives of young people all around the world. When I questioned Matt on his goals to help youth, he answered with true dignity and purpose, saying, “There was a real negative impact on my life for a number of years as I struggled to adjust and cope with my dad having HD. But overall I feel that experiencing those tough times and coming through them made me a stronger individual, with a lot of determination to do things to help others.” Ellison is a true example of the human ability to create tribulation in response to trial, he has chosen to live, and now he is teaching youth around the world to do the same. 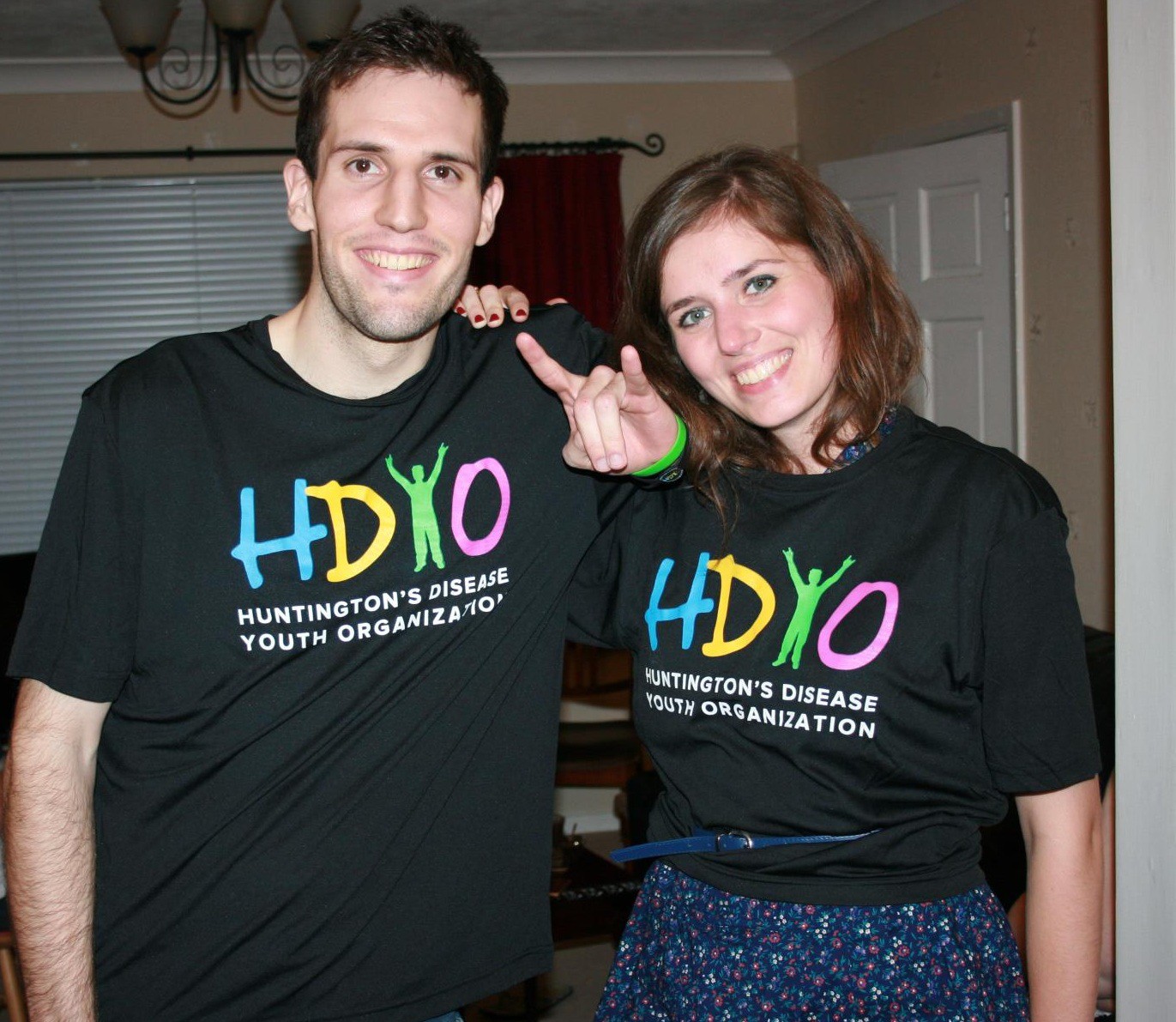