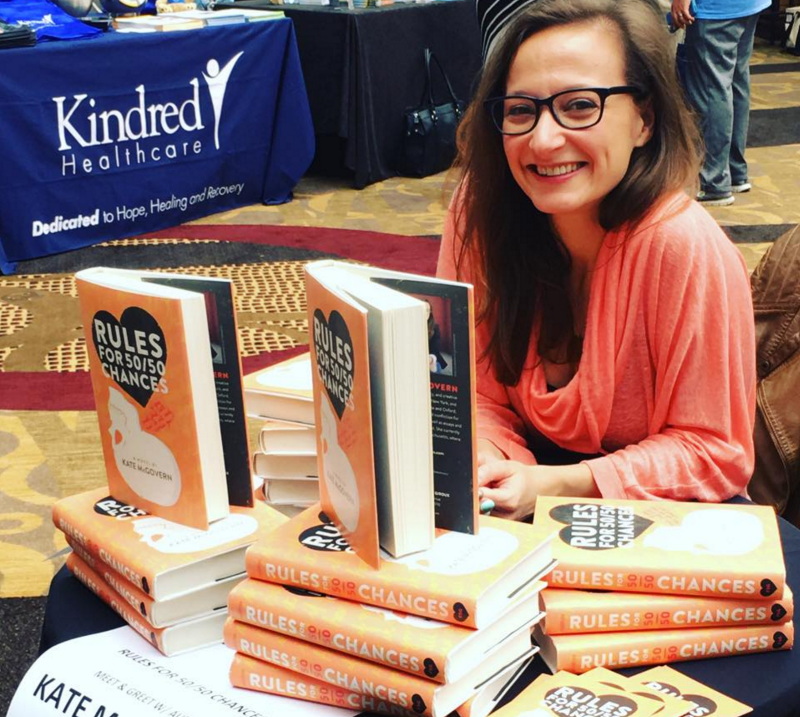 Anyone who knowingly faces the possibility of Huntington’s disease is far too familiar with one hauntingly uncertain fraction: 50/50. There’s a 50 percent our lives will flip upside down. There’s a 50 percent chance they won’t. There’s zero assurance and a constant teeter-tottering between levels of hope and doubt.

This fraction commonly inhibits the ability of the at-risk from living a life free from reservation and fear. Life decisions—career paths, relationships and even financial stability seem to rest on this single set of numbers.

And we have a choice to be control to effects of the 50/50, or to let it control us.

Rose, the main character of Kate McGovern’s Rules for 50/50 Chances is living in the same fraction’s shadow. At-risk for the HD, the young dancer questions her future. Aware that she has the power to know her fate, she tiptoes through the motions of uncertainty as she faces pivots of life, love, and a career. The woman behind the masterpiece that is Rules, Kate McGovern is an incredibly curious creator, with interest reaching far outside the bounds of the written word alone. Given that she has a passion for medicine, McGovern had heard of Huntington’s disease, but became familiar with the illness in 2007, she said in our email interview.

And she wrote nothing but gracious admiration for the HD community.

Having read the story of advocacy pioneer Katie Moser in the New York Times, McGovern came to see HD in a new light. In the time since reading the article, McGovern said she became hungry for more information on the sickness, even considering changing her career path to genetic counseling.

But in the year 2011, she made her move; she began writing her first complete novel, Rules.

The book has received tremendous support from the HD community, and the group has been “incredibly welcoming,” McGovern writes.

According to the author, most of her readers actually tend to be from outside the HD community.

Though she hopes that all readers share a common appreciation for the novel, McGovern most values the opinions of readers within the HD community, as “their support has been invaluable,” she said.

Rules for 50/50 Chances has sparked newfound awareness for Huntington’s disease outside of the realm of the at-risk, and this is an incredible feat both for McGovern and advocacy in general.

The author certainly has a fan base within the HD community, and her continued success is inevitable!