Using material from various sources including research studies, professional advice and young people’s experiences, HDYO has produced a list of issues that could potentially arise when Huntington’s disease is not discussed with children.

Filling in the gaps: using imagination

If a child is aware that someone has changed/is different and they are not given factual information on why this person has changed, then they will use their imagination to fill in the gaps in their knowledge. This tends to lead to the child making incorrect assumptions that are often worse than the facts - which can result in more worry than necessary for the child. 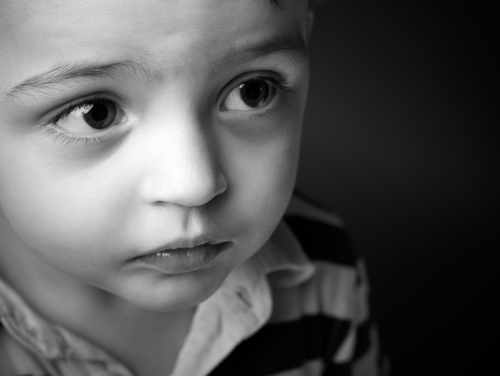 Leading on from the last point, one of the most common incorrect assumptions children make is that it is in some way their fault that the person with Huntington’s disease is behaving the way they are. This is due to the disease not being explained to them at a level they can understand, which in turn would provide them with factual reasoning for the changes that the person with the condition is experiencing.

Some parents may feel that by not telling their children that they are protecting them. Whilst this is an understandable thought, consideration needs to be spent on the fact that sometimes knowledge empowers children to make informed choices as they grow up.

Not telling the children does not take away the reality of the situation. It just makes children less empowered to make informed choices about their lives as they grow up.

‘My granddad didn’t tell any of his kids about their potential risk of getting Huntington’s disease, he thought he was protecting them from the worry. But the reality was that he wasn’t protecting anybody - just hiding them from the truth. Some of his kids have Huntington’s disease now and they in turn have kids at risk themselves too, because they did not know they were passing any risk on when they had their kids.’ Jack

If a child is not told about Huntington’s disease and then finds out, or is informed, at a later age about the condition, they may feel a considerable amount of anger due to realising that Huntington’s disease was kept hidden from them for a period of time when others were aware of the disease.

‘I was quite angry at one point because I hadn’t been told and almost disappointed they (parent and older sibling) thought I wouldn’t be able to deal with it. I felt I wasn’t trusted. But I understood why they didn’t tell me. I try not to let it get me down. It’s just some days, normally the weekend, those are the sort of days when you start thinking about other things and it creeps up.’ Claire

Leading on from the feeling of anger at not being told about Huntington’s disease, comes a potential lack of trust between the young person and other family members who may have kept the disease hidden from them. This can cause problems with regards to family relations and may make the child in question feel unimportant, left out or not trustworthy. 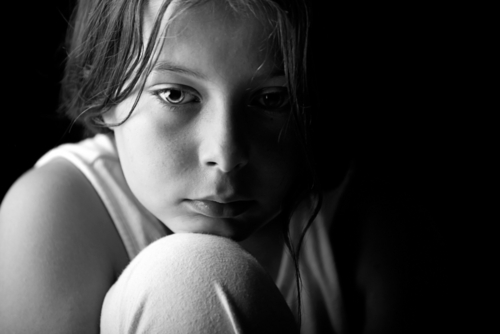 If Huntington’s disease is kept secret and is not discussed, a child may sense that the condition is a taboo subject and feel unable (or not allowed) to ask questions about the disease through fear of upsetting anybody.

‘Robert described how his mother had shared a limited amount of information when he directly asked. Thus, after initial questioning Robert did not pursue the subject with either of his parents, nor through any other means. He learned the full facts of his father’s illness later (in life) from a television programme.’

Not being able to ask questions, or talk about the disease to anybody can lead to young people feeling helpless or isolated, and lacking the support they may need at that point in order to cope.

‘Nicola had sensed something was wrong because her relatives “were always going on about little things” and the family was slow to seek test confirmation. This prolonged denial of the onset of her mother’s symptoms may have enabled them to maintain a situation of “closed awareness” from Nicola - where several relatives know but fail to openly acknowledge or discuss it (Huntington’s disease) with someone who may have a right to know. Nicola was finally told when her parents divorced, becoming more aware of the changes in her mother once she became her key carer. Although Nicola came from a large family who all lived nearby she described feelings of helplessness, anger and isolation, and a belief that Huntington’s “tears your family apart”.’

Just like the quote above highlights, not talking about the disease amongst those closest to you (especially a young person) can lead to a breakdown in family relations. This can also act as a cut-off line for support for young people, who feel unable to ask anything about the disease and are not able to seek help from elsewhere - as they may not know how to seek support for themselves.

Not talking about Huntington’s disease, when it is so evidently having a big impact upon a family, can lead to young people generating a sense of fear about the condition. This is because young people feed off the vibes of their parents/guardians, and if those people are afraid to talk about Huntington’s disease then the child tends to develop that same fear of the condition - which does not put them in a good position to deal with it when they are older.

These points are meant to try and highlight the possible negative impact not talking about Huntington’s disease can have on children. Talking about an illness with children is not something anyone wants to have to do, but when the disease is impacting upon the child’s life, talking about the disease, calming their worries and answering any questions the child has can be a very comforting and supportive coping mechanism for the child. For tips on talking to children about Huntington’s disease, read HDYO’s Top Tips and the talking to kids guide. These sections are all aimed at offering advice, however HDYO recognises a parent knows their child best, and it is up to them to decide how to approach this sensitive issue.