Click the language selector in top right to read this story in Portuguese.

At age five, I had no idea why uncle Chico behaved that way. I remember visiting your home in the interior of Alagoas (state of Brazil) and some images fill my memory. I remember that in his house there was a bay-like door, and immediately saw a wall full of pictures of saints. Leaning against this wall full of images, he was the most attention-grabbing figure. Sitting in the wheelchair and too thin, his fingers and legs were rigid, his hands clenched in claws. His body rocked like a dance - only without music. It made faces that frightened and moved so abruptly that it almost made him fall from his chair. He also seemed to have a dialect of his own, for when he spoke he could not understand. 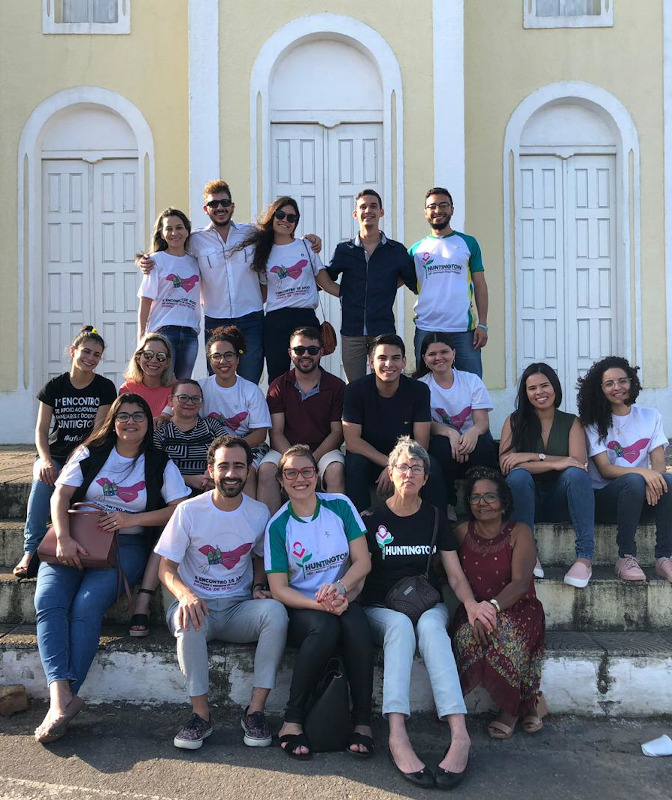 I confess that my stomach turned to see my aunt beating the blender a mixture of rice, beans and meat, until it forms a thick liquid, pour into a pet bottle and give my uncle drink. I remember asking my mother, “Why is he like this? And why does he eat that?”. She replied, "It’s because he’s “nervous” (as it is popularly named Huntington’s Disease in the city of Feira Grande – Alagoas), he has his father’s family illness, and he cannot chew the food like we do.”

But what was this illness? I did not understand then. I only came to know that the disease had a different name than not “nervous” when already at sixteen years watching the American series Doctor House I saw that one of the characters had his mother diagnosed with Huntington. As I watched the scenes, I remembered the visits to my uncle, the family reports, and realized how similar the symptoms of the character were. Even though I could not correctly speech the name Huntington, I jotted down a paper and went searching the internet. I discovered how to write Huntington and what more complicated than his writing was the symptoms and their prognosis. 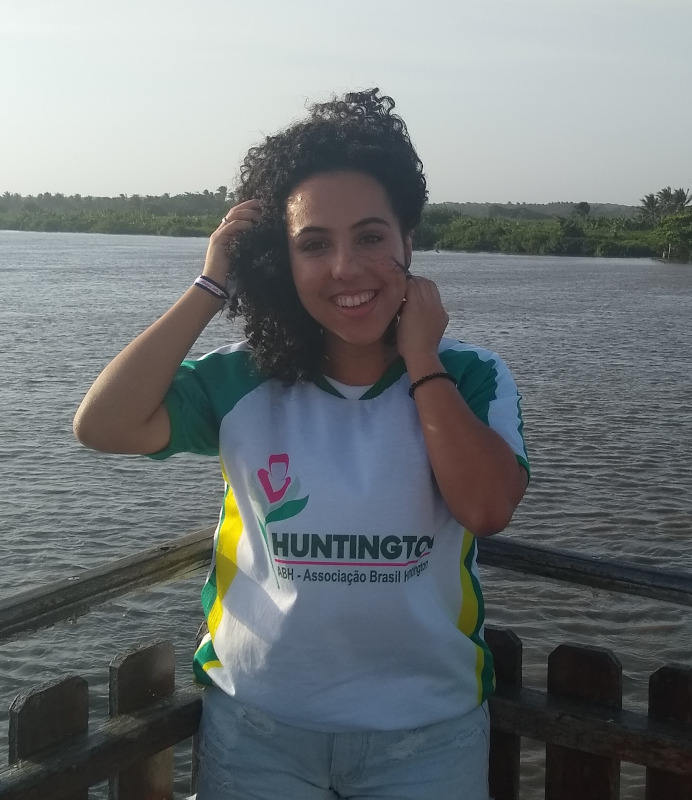 Huntington’s Disease has always been present in my paternal family. My grandparents had ten children, of whom seven had HD (one currently living with the disease) and the others died, and two of those who died committed suicide before they could show symptoms more markedly. I witnessed one of those suicides when I was seven years old when my uncle hanged himself in the backyard of my house.

My father passed away at the age of forty-five in an accident at work, leaving me six months old and my brother at six. Everything I know about him comes from my mother’s speech. She used to say, “I think your father, if he had not died early, would have the disease. He had all the way he was going to have”. Every time she told how she saw my grandmother, my uncles, and so many other people in her town being “nervous”, I was extremely frightened by the prospect of being like that too. Because of that, talking about it or going to visit my uncles became very scared. Seeing them reminded me of a possibility of a future that I feared. 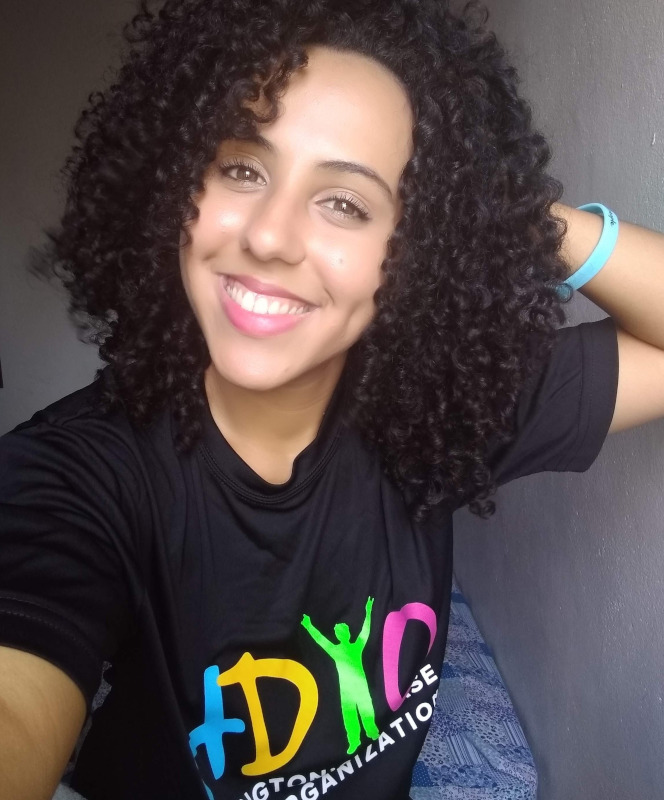 But even avoiding visits to my father’s family, there was an uncle who kept visiting my house frequently and for which I became very fond of him. Over the years, each time he came to visit we noticed some changes in his behavior that indicated that he would have Huntington. He began to move too much and without control, which made him always sit with his hands under his legs in an attempt to contain the movements and disguise them. He would break the cups of the closet when he would try to pick it up and be ashamed when it happened. His gait became staggering, and those who did not know him thought he was drunk. His behavior also changed, became aggressive and impatient. Soon the symptoms became stronger and noticeable and sitting with his hands under his legs was no use.

At that same time when my uncle began to present Huntington’s symptoms more noticeably, I began to study Psychology and I became anxious to investigate how Huntington’s Disease could be analyzed in this area. I wrote my course completion paper on HD and have not stopped studying and working with the Huntington community in Brazil.

Since I started researching HD I met the Brazil Huntington Association (ABH). Years later I started working with people from ABH and together we fought to implement actions that serve the population affected by HD. We have hard work ahead of us, as we are limited by the scarcity of resources and the lack of more active participation by public entities in the country that do not yet have specific policies for the demands of the disease. However, we have the support of some volunteers partners and together we are trying to circumvent the difficulties to contribute to the lives affected by HD. 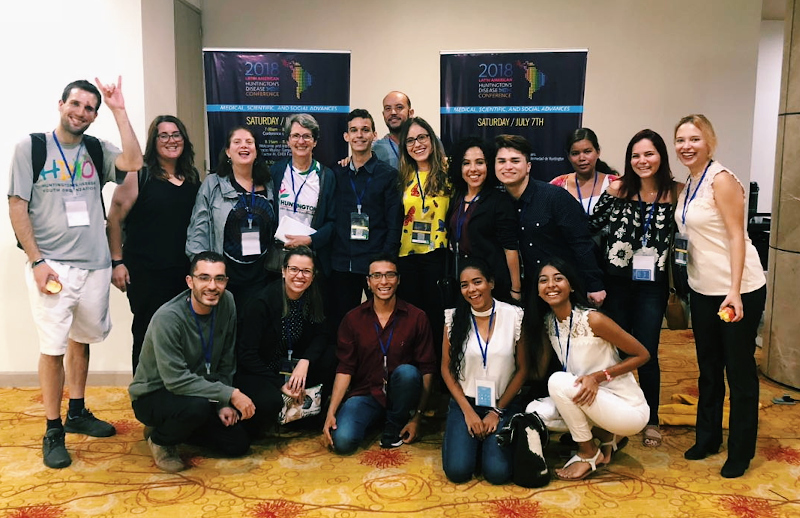 Today, through Psychology, involvement with ABH, and research on Huntington’s Disease, I not only try to look at it individually in a different way, but I try to help other people involved with HD to know better and face the challenges of living with the disease or with the possibility of developing it.

Unlike the girl who at age five did not know what was going on in the family, I try to know more and more and the decision to get involved and inform me about DH allowed me to re-signify what I feel about her.

I often say that we often have no choice of what life does to us, much less what we inherit in our DNA. Yet, though we have no choice and no guilt, we can have responsibility and say that we are responsible in the sense of how we mean things to ourselves: what do we do after what life has done to us? The answer to this question will tell you a lot about who we are or who we want to be.