Has HD stopped in my family?

Has HD stopped in my family?

Q. My fathers mother died from huntingtons, his youngest brother, and his sister both passed from it. He is in his 60’s now no signs of it. Does that mean the disease stopped or can it skip to me his daughter or his two other sons? 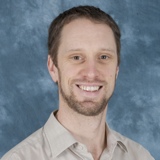 Thank you for your question. I am very sorry to hear that your grandmother, uncle and aunt died from Huntington’s disease (HD).

In terms of your question about inheritance of HD, as you may know, when someone with HD has a child, there would usually be a 50% (1 in 2) chance that the child would also carry the HD gene expansion, in which case we would expect them to develop symptoms of HD at some stage in their life. (You may also find this HDYO article helpful, as it describes how the gene can be passed on in families in more detail.)

The age at which someone who carries the HD gene expansion starts to have symptoms can be very variable. The average age to start with symptoms is around 35-50, but a minority of individuals with HD have symptoms much earlier, or much later in life than this. The longer someone lives without developing symptoms, the less likely they are to carry the HD gene expansion, and it is certainly very reassuring that your father has not had symptoms into his 60’s, particularly if other family members developed symptoms much younger than this. Therefore, if, as seems more likely, your father does not carry the gene expansion, you (and your brothers) would not be at any increased risk of HD, as the gene expansion cannot skip a generation. However, unless he has had a genetic blood test, unfortunately it would not be possible to say for certain that your father does not carry the HD gene expansion.

I hope this answers your question, and please do not hesitate to get back to us if you have any further queries.