Are outbursts common even before diagnosis?

Are outbursts common even before diagnosis?

Q. My mother in law was diagnosed 2 years ago and I’ve known her for 7 years and knew there was a problem but no one was sure. She was the kindest most generous women but she would have these raging outbursts that didn’t make sense. Is that common for huntingtons even before diagnosis?

Day by day right now, I have 50 million questions I could ask but we are rolling with the punches right now and tying to do anything we can to help her. I know it’s not the most intriguing question.. I was just curious.. I’m the in- law and my husband is having such a hard time watching his mom go through this. We have done a lot of research.. but we don’t know where her instincts end and the disease begins.. and frankly, her doctors don’t have a clue either.. I’m not insulting them, it’s just not their specialty. 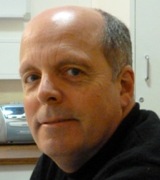 Thanks for your question which covers one of the most distressing and common problems in Huntington’s disease (HD). As part of HD, people can become impulsive, irritable and disinhibited. That is, they will act on a whim without being to suppress behaviours or emotions that previously they could suppress as not being socially appropriate. Developing a “short fuse” and getting angry in response to a minor irritant is an example of this. That is, if there is a minor set back they will blow up. Often the anger is very transient & they won’t see that there has been a problem whilst family are still reeling in shock at what happened. Over stimulation (e.g. too much noise), changes in well established routines, tiredness & an unfamiliar situation often make an angry outburst more likely.

If a person with HD becomes depressed or very anxious then irritability can worsen, but a back ground mood disorder doesn’t have to be present to cause such behaviour.

Irritability and outbursts can occur at any stage in HD, but often occur early and prior to severe or obvious chorea (twitching involuntary movements) that is so common in HD.

There is a lot that can be done to help your mother in law and your family. That is, the situation is not hopeless. It would be really good if she went to a specialist HD clinic. I’m sure that there is one in Massachusetts. It might be useful contacting the HD association to find out about any specialist HD clinics in your state.

With regard to specific treatments, there are medications (valproate, risperidone, haloperidol) that can be very useful in this situation. If she has severe anxiety or depression then treating these is often very beneficial. Neuropsychologists & psychologists with expertise in HD can help family to identify triggers that precipitate an anger attack, explain how you can avoid triggers and how to handle an attack when it occurs.

In my experience, angry outbursts in HD can be effectively treated in most cases.

I hope this answer is useful,